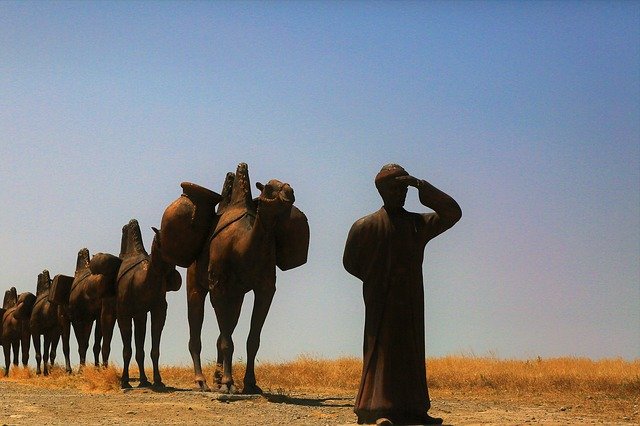 For thousands of years, the so-called Silk Road trade route connected the Empire of China with Europe, bringing silk, tea, and exotic merchandise to Byzantium and the cities of the west. Despite its economic importance, this route was for the most part not a highway or even a road. Camel caravans crossed the endless steppes, loaded with baskets and backbreaking loads. The road was long and dangerous, but the potential profits made the risk worthwhile.

The photograph below shows a camel caravan traveling the Silk Road in the late 1800s. The heavily laden camels have been tied down in a circle for protection against robbers and the wind. If you look closely you can see the gigantic wicker baskets slung over the backs of the poor animals, and the tents of the camel drivers. Around them stretches the endless grasslands of south central Asia. They have hundreds of miles to go before they reach their destination.