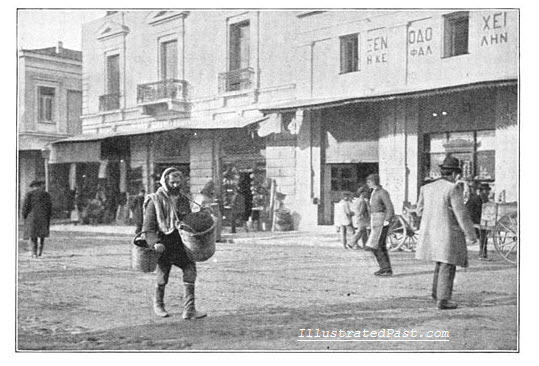 One of the hallmarks of pre-industrial societies, before the advent of  mass production and modern distribution networks, is that people could specialize in and make a living from selling a very narrow product line.  There were no Wal-Marts, not even general stores. So if you wanted shoes, you went to a shoe salesman.  If you wanted a nail, you went to the man that sold nails. People were known by what they sold; they often did not have store, just a booth or perhaps they were traveling salesmen selling their wares to passersby. Here is an extreme example of specialization: this man doesn’t sell fruits, in the plural, he just sells lemons. That’s it.

His entire stock and trade is on his back as he walks down the sun scorched streets of Athens in the early 1900s, selling lemons.  Just lemons. And if you wanted lemons, I suppose you would have to track him down whatever street he happened to be on that day. It is hard for us to even imagine a world where shopping is conducted this way.

The Lemon Merchant of Athens

Imagine what it must have been like to walk around in the midday heat of Athens, lugging two large barrels full of hundreds of heavy lemons to try to eek out a living.

Below is a zoomed in closeup of the man and his lemons. You can almost feel his resignation, knowing that his station in life is to sell lemons. He has no ambitions, no hope of doing anything better. And one day when he is too old, his back and his legs will give out and he will not even be able to be a lemon salesman anymore. 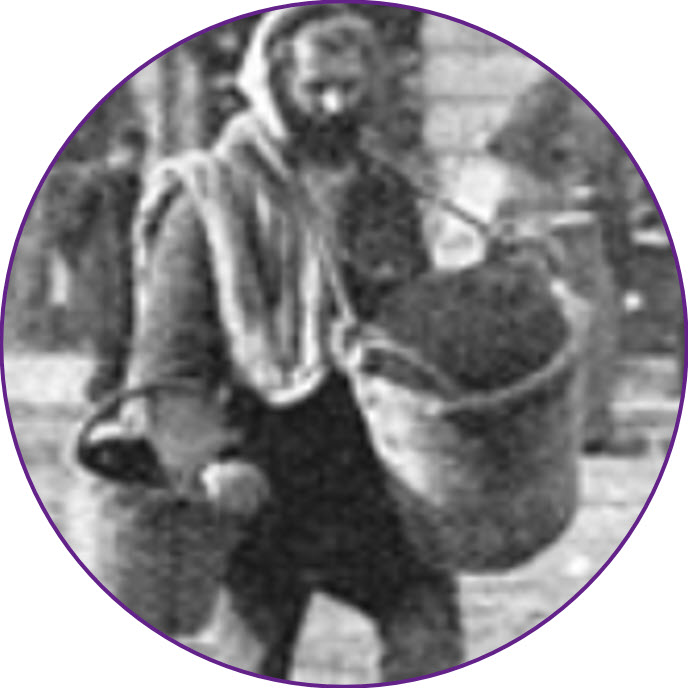 A street vendor in Athens