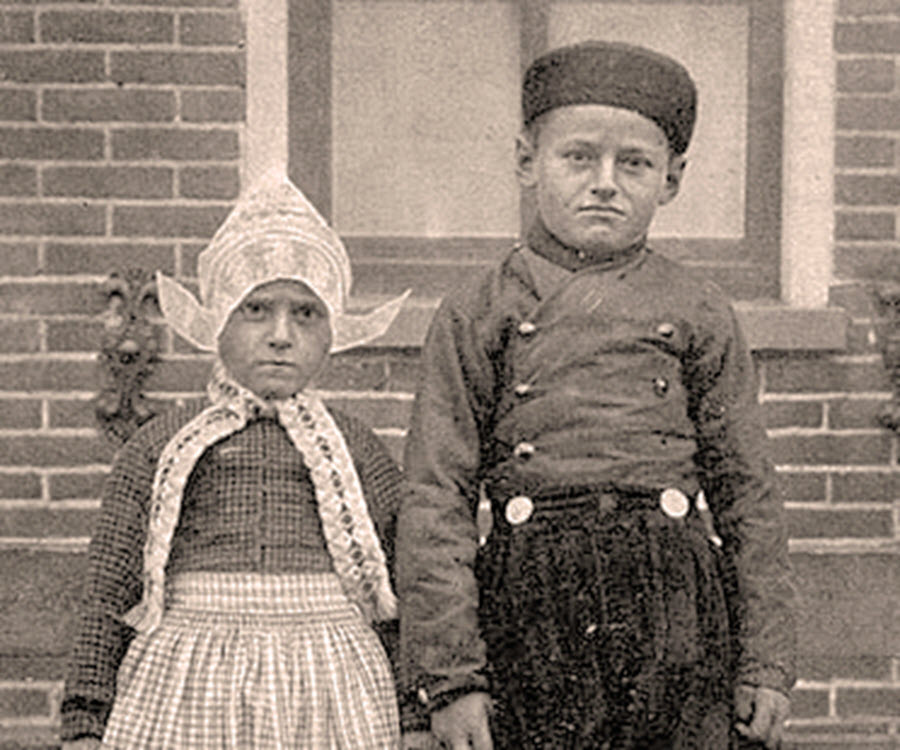 Not long ago clothing was based on local traditions and customs. There were no national brands or fashions. The clothing that one wore reflected the culture of the place: their village, their region.

While there may have been less individuality within any given group, there was more diversity between nations and regions; each area had its own costume.

The following is a collection of traditional Dutch costumes, showing the regional differences between different parts of this small country. The photos were taken in 1916 and the photographer pointed out that

The individuals pictured are not dressed extras, but the actual and usual wearers of their costumes, so these images, therefore offer an authentic  impression of the national dress.

The first set of pictures document the national dress worn by the inhabitants of North Holland. There were three main areas of cultural dress. There were:  Marken and Volendam, West Friesland, and the Gooi.

The picture above is of a wedding procession on Marken Island. Everyone is wearing traditional dress. This in itself is a sharp contrast to the modern Western practice of the bride wearing a white wedding dress and the groom wearing a tuxedo.  It is hard to imagine but just over a hundred years ago,  what we consider tradition was anything but.

The picture above is of a young Dutch woman from the Voldam area.  She is wearing her Sunday best.

The so called “boat hat” was named after its hull-like shape.  Made from very fine straw, this hat was typically worn by peasants. On Sundays the peasants would wear a hat with a white side edge, and if they were in mourning, they would put on a black border.

I hope that these pictures have provided you with a vivid look into the past and a way of life that has been lost to modern consumerism and the global economy: a culture were clothes were unique, prized objects, that confirmed the wearer’s identity and pride in their culture and roots. Think about that the next time you buy a mass produced t-shirt sewn in a sweat shop in some third world country. 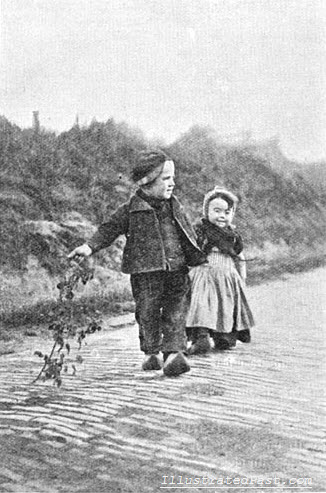