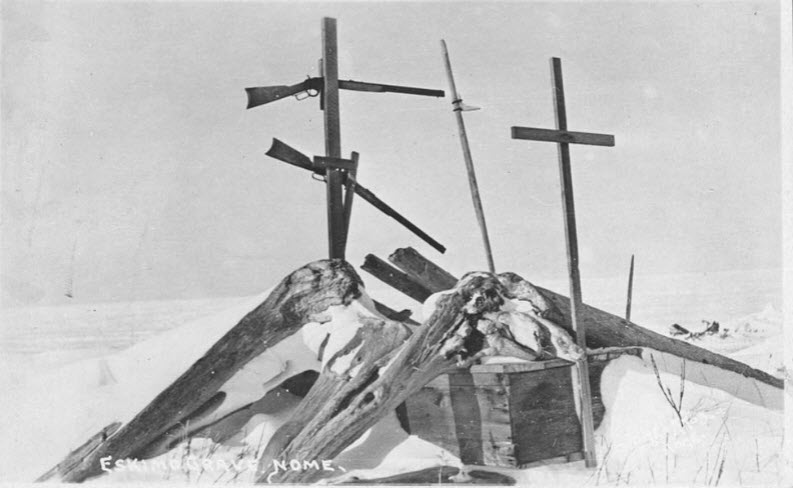 This is a photo of an Eskimo (Inuit) grave in Nome, Alaska around 1890. Note the combination of traditional and modern European influenced practices.

The Eskimo are a group of related aboriginal people inhabiting the northern polar regions in Canada, Alaska, Greenland and Russian Siberia. The term Eskimo is now out of favor and its use is discouraged since many members of this ethnic group consider the term offensive. The United States refers to people belonging to this ethnic group as Alaska Native while Canada uses the term Inuit. Nevertheless, the term Eskimo continues to be used in many legal documents including treaties so it persists in use.

These people were traditionally hunters of seals and polar bears. They were noted for their remarkable skill in surviving in their harsh northern environment. They invented the kayak and were masters at building the iconic igloo snow shelters. However, Native Alaskans and Inuit also made use of other building materials such as rocks and driftwood (since no trees grow in their homelands).

In this case, the relative of the dead man have built a grave mount out of materials available at hand including rocks and driftwood. However, the coffin appears to have been built out of milled lumber.

The grave consists of a hut or shelter built over a wooden coffin. The hut is made of improvised materials including planks and driftwood. Mounted on the grave is a Christian cross as well as poles holding two rifles.

We can tell from the way the grave was built and the fact that his guns were mounted on the burial mound, that the deceased was a Christian convert and likely an important wealthy man. Guns were expensive luxury goods for the Eskimo and essential to their survival. The fact that this man owned two rifles and that his family could afford to bury him with his guns, instead of passing them on to his children, suggests that his family was wealthy enough to spare the guns. 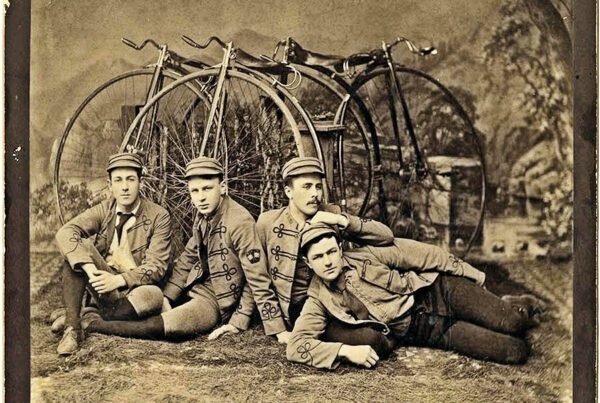 Members of the Bay City Wheelmen Cycling Club. San Francisco 1890. It is an interesting…
illustrob 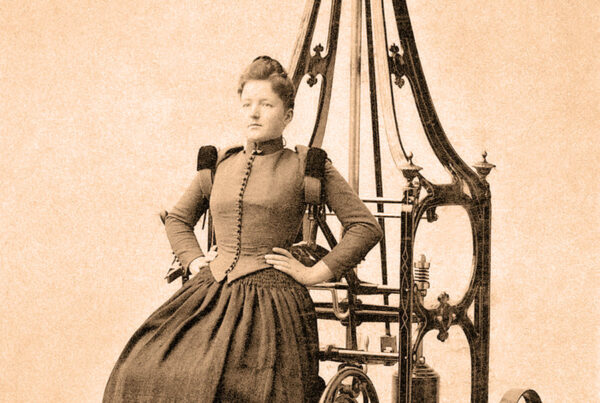