By Victor DoppeltDecember 12, 2010No Comments

The following is a gallery of photographs showing what life was like in Belgium in 1902. They show a relatively prosperous, happy country which was still largely rural. Women shopped for fresh fish and produce at the market, children played, and people still clung to centuries old traditions. Just 12 years later this innocent country would be ravaged by the invading German armies who passed through Belgium on their way to attack France in WWI.  The photographs you see here are all that is left of a way of life that was destroyed forever. 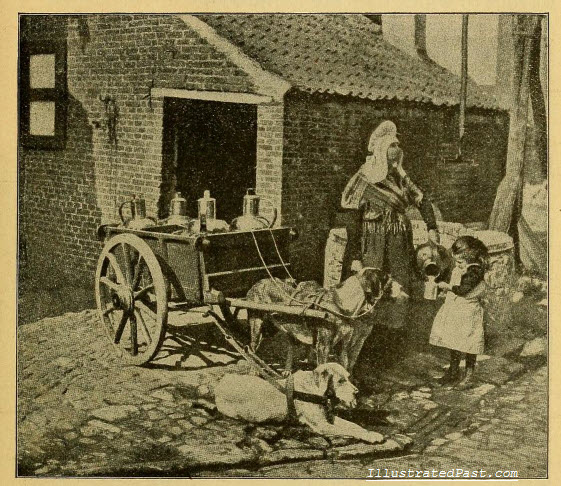 In this remarkable photograph a woman is delivering milk using a cart drawn by dogs.  The cart is full of milk jugs and she seems to be dispensing the milk directly into containers provided by her customers. This picture in itself captures just how much the world has changed since then:  if anyone tried to deliver milk using a team of dogs people would be horrified by the lack of hygiene. Back then this was normal. 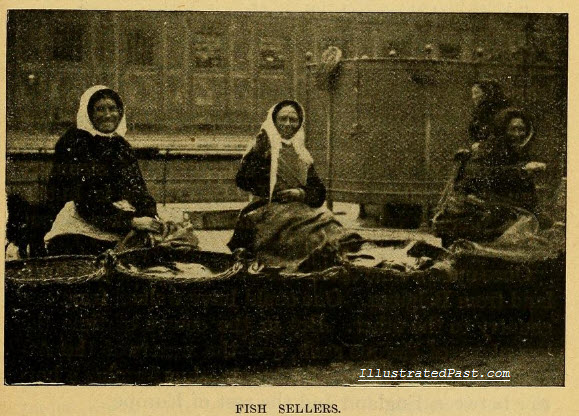 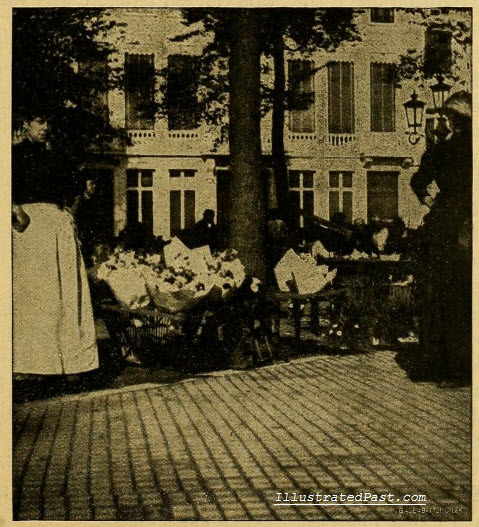 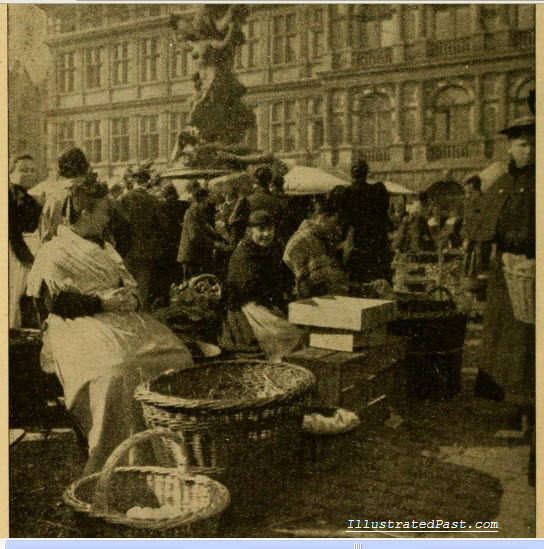 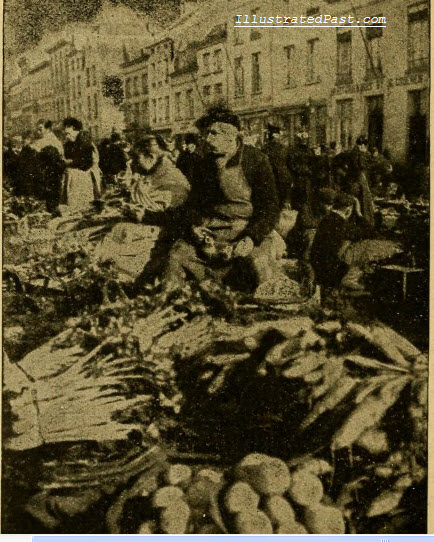 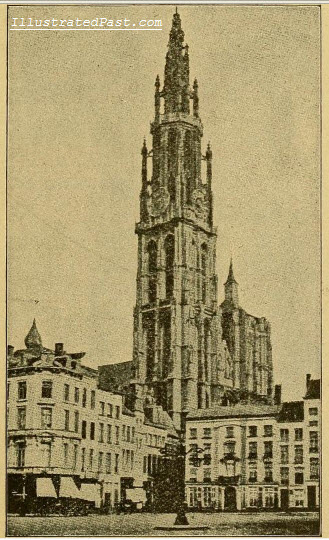 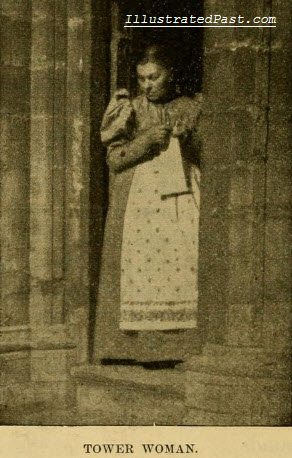 Belgium in 1902 was described as a nation of bells; the church bells would  sing joyously several times a day.  Above is a photo of a woman who was the custodian for one of the bell towers. During World War I, the invading Germans took most of the bells from the countries they conquered and melted them to make weapons. I wonder what became of this woman and her bell? 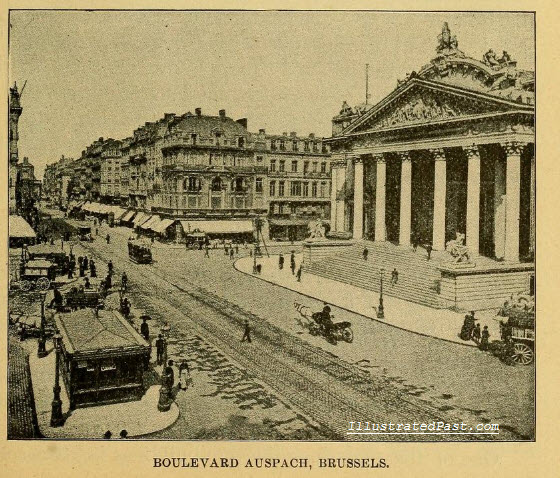 Brussels in 1902 was a spacious and orderly city, known as a Little Paris because of its magnificent architecture and wide boulevards. It was the cultural and financial center of Belgium. 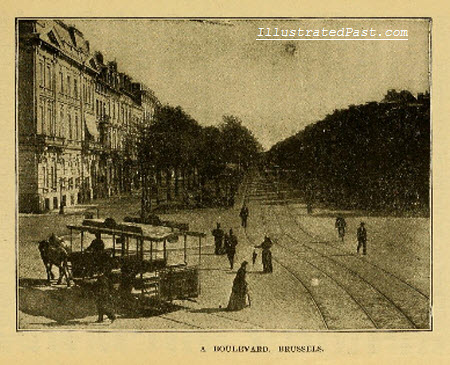 A Boulevard in Brussels 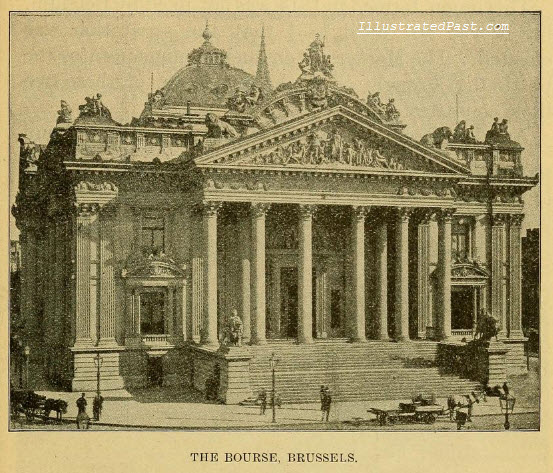 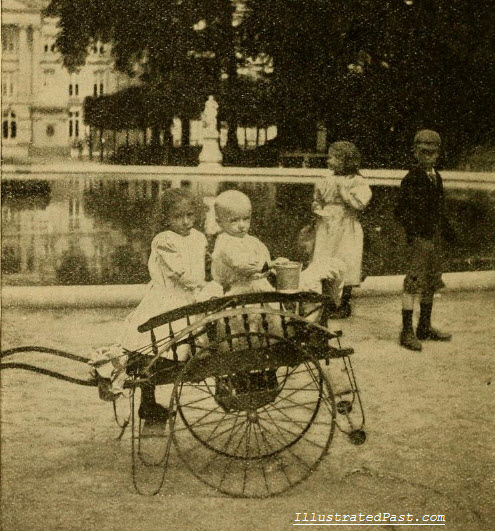 Children in the Park, Belgium 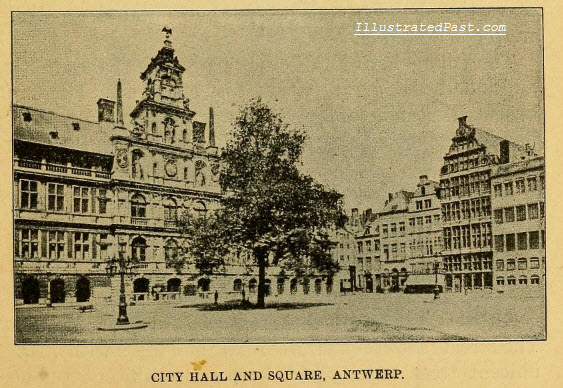 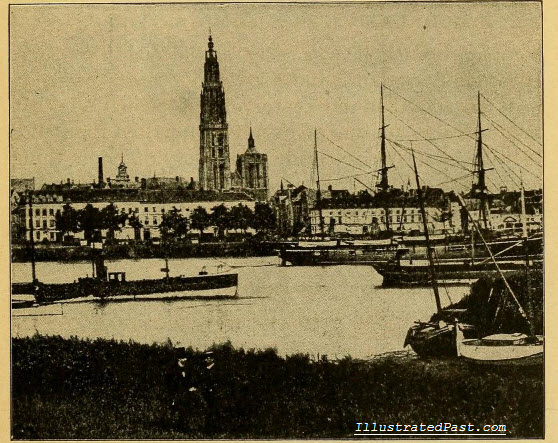 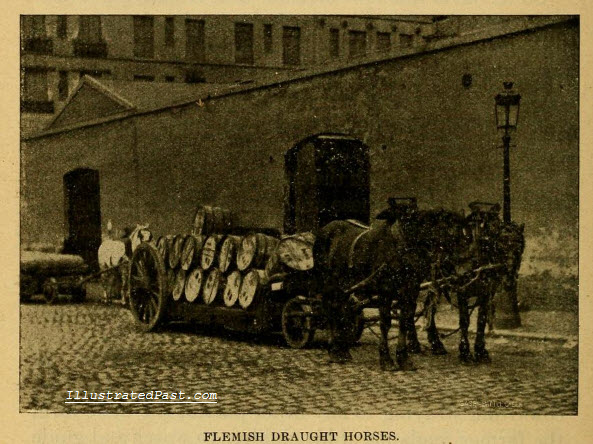 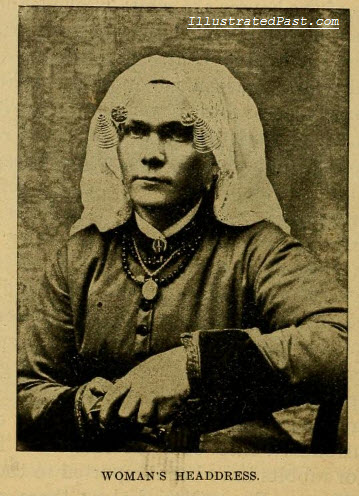 And so ends our little tour of a by-gone Belgium.