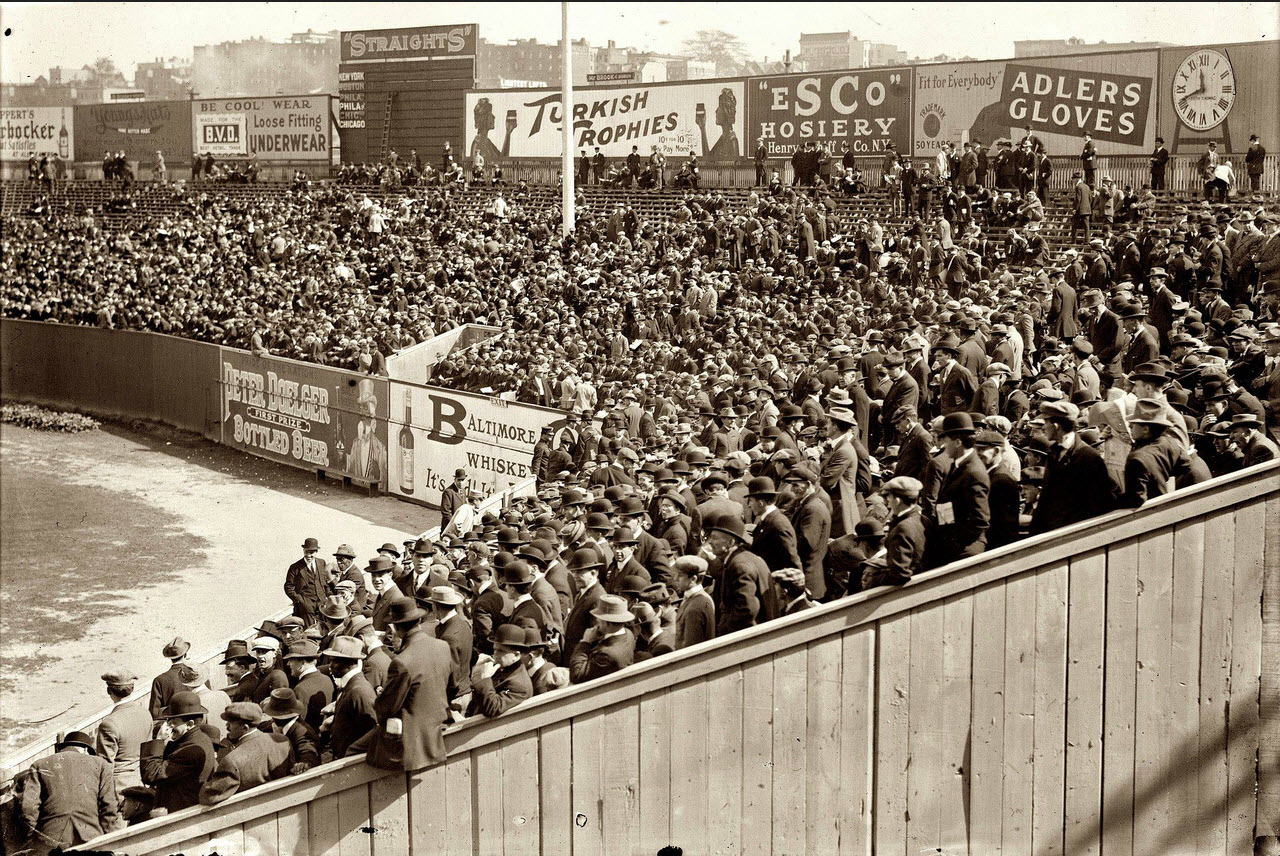 A large crowd turns out to watch the first game of the 1912 World Series, which saw the Boston Red Sox beat the New York Giants four games to three (with one tie).  The picture was taken on Tuesday, October 8, 1912 at the Polo Grounds (IV) in upper Manhattan, New York. The clock on the upper right of the photo says that the time is 11:41

We can get a glimpse into the society at the time by observing the crowd and the advertising signs. There are billboards peddling Turkish Trophies (cigarettes?), hosiery, gloves, underwear and liquor and beer. More interesting are the people in the stands.

Can you see what is different about this picture and the people in it compared to today’s games? Below is a closeup of the spectators:

We can see a lot of men, and not a single woman. And the men are all white, are all wearing suits and hats. This is not an anomaly – the stands are filled with the same type of people everywhere in the stands. What are we to make of this? Visible minorities and women do not seem to have been welcome at the games. And the men who attended dressed up; some are even wearing top hats. Considering that baseball has always been considered America’s game, can we draw conclusions about American society at the time from this snap shot? Perhaps. But we can certainly say that the world depicted in that picture no longer exists, and that is I think a good thing.

How the world has changed!

The 1912 world series is considered one of the most exciting in baseball history. In the result, the Boston Red Sox beat the New York Giants four games to three (with one tie). The series featured close games and controversial umpire decisions. This photo archive focuses on the spectators instead of the actual game, looking at the nature of American society as reflected in its national pastime.