By Victor DoppeltDecember 6, 2014No Comments 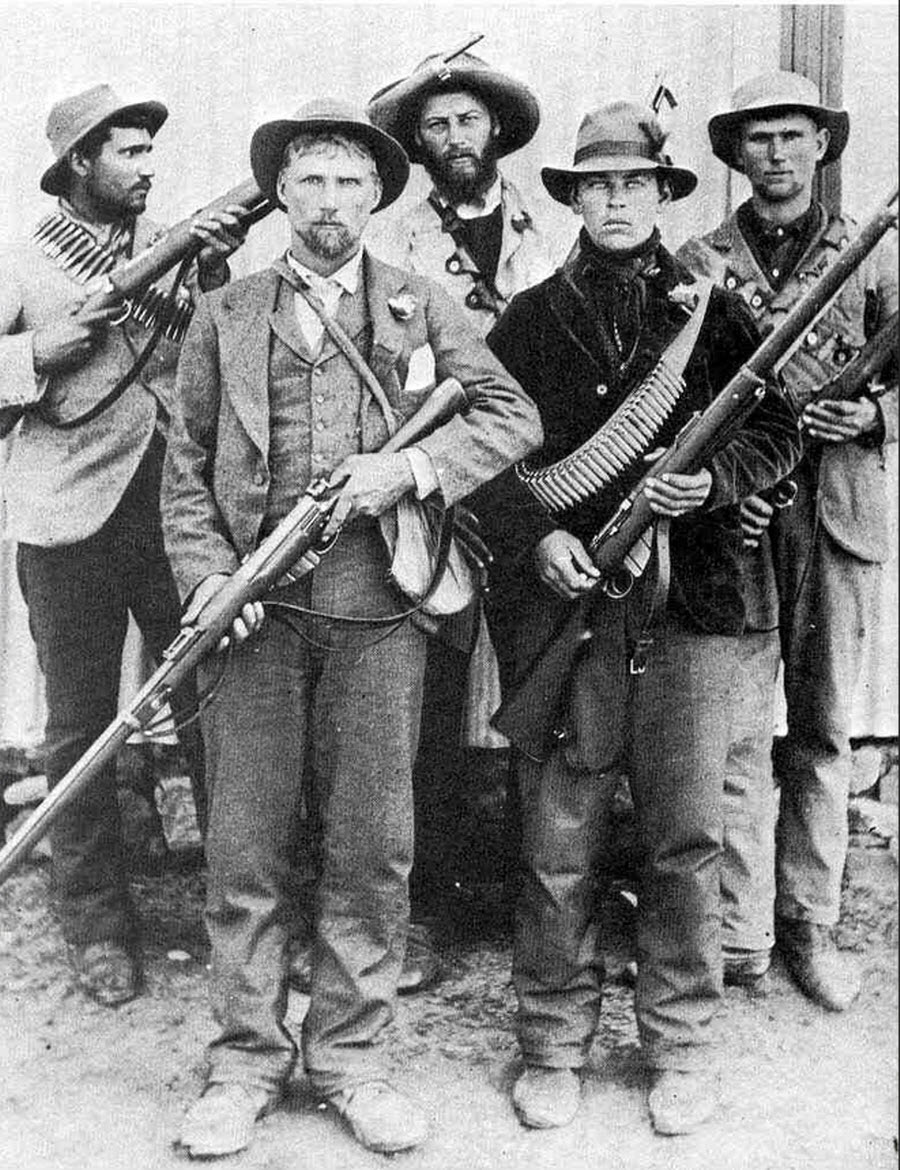 During the Boer War (also called the South African War) the British Empire faced off against a rag tag group of farmers and cattle drivers – the fiercely independent Boers of the Orange Free State and Transvaal Republic. Defying an attempt by the British to annex their territory to the Cape Colony (now South Africa), the Boers fought an epic war against the British.

Despite being hopelessly outmatched in numbers of troops and weaponry, the Boer militias resisted the British invasion for several years, engaging in a murderous guerrilla war against the larger British forces. Boers were known for their fierce independence and self reliance, as well as for being crack shots.

Here a unit of Boer citizen volunteers pose for the camera. The fellow on the right has a thousand yard stare and you can tell that he well acquainted with the horrors of war.