The Ansonia Hotel on the corner of Broadway and 73rd Street in New York,  billed itself as “Fireproof in Every Sense of the Word.” I am not sure how many types of fire proof there are! Here is their advertisement from around 1900.

For once the advertisement may actually have been true because the hotel is not only still standing, it has had a very rich history including being featured in many books and movies over the years. Many famous people, including Babe Ruth, lived at the Ansonia Hotel during its heyday. Later, the hotel declined and it went through a sordid period until it was eventually converted into luxury condos in 1994.

In 1915, when the Ansonia was still a top notch hotel, a room and a bath cost $3.00, maid service was optional and catered to Transient and Permanent guests. It billed itself as the finest Apartment Hotel in the World. I am assuming that transient did not have the negative connotations it does today. This was certainly an upscale hotel, which cared for its guests. 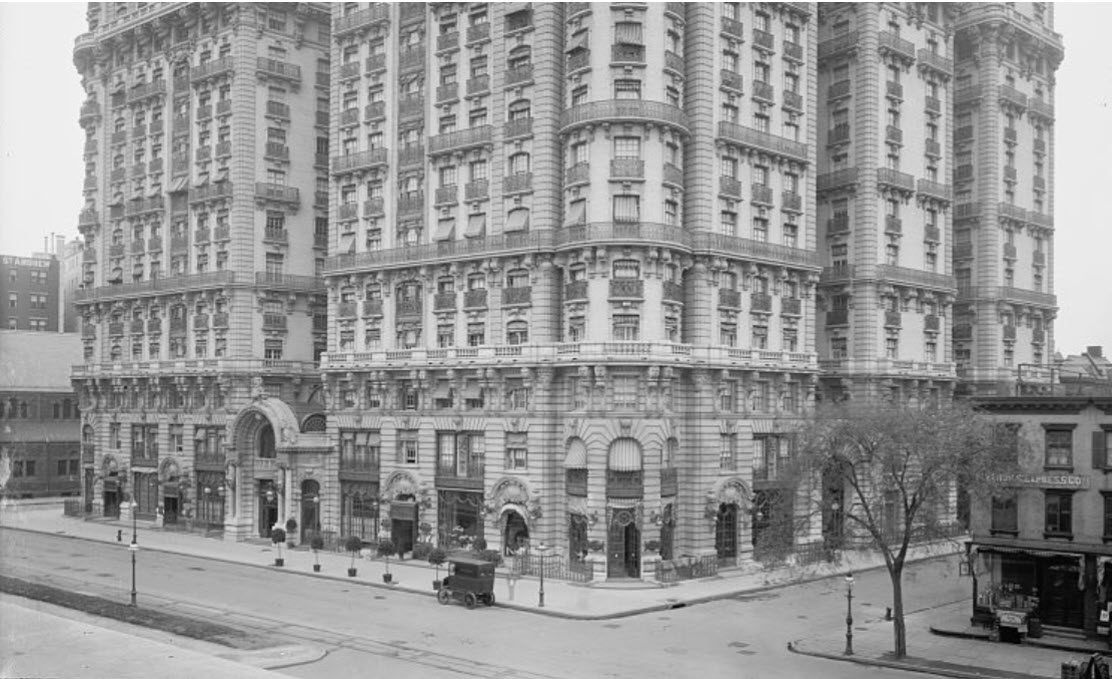 However its main selling feature was that it was fireproof which meant that parts of the building had been built with asbestos, metal, and the best fire retardant materials of that epoch. Nowadays hotels and buildings do not advertise that they are fireproof. For one thing experience has shown that there is no such thing as an actually fireproof building and so it would be dangerous to over promise from the point of view of liability and insurance rates. But the main reason that buildings no longer promise that they are fireproof is that hotels are no longer the death traps that they were back in the 1900s.

Just like modern hotels do not advertise that they have cable-television, because that just come standard nowadays. Modern accommodations are presumed to be as safe as possible thanks to strict building codes which mandate fire escapes, fire retardant doors, and other devices designed to give the guests a chance to get out alive in the event of a fire. This was not always the case. When this advertisement was put out, advertising that your hotel was fireproof was a real selling feature. It reassured potential casts and attracted those who valued their lives and did not want to chance losing them in a cheaper fire trap.

Today the Ansonia is listed as a historic building and has been converted to luxury condos.