By Victor DoppeltDecember 12, 2010No Comments

This is a pictorial journey back in time to 1906 Brittany.  Brittany, a small corner of France on the English channel had for centuries retained its semi independence, its own customs and culture.  It was a semi-independent Celtic duchy until it was annexed by France in 1532, but even then the rugged country side allowed the local people to lead a lifestyle insulated from the main cultural currents and changes that swept greater France. Even now local dialects known as Breton and Gallo persevere in the face of the dominant French culture.

At the dawn of the twentieth century, before television and radio had begun their work of shaping mass culture, the south of Brittany retained an even more unique aspect than it does today.

Our tour of old Brittany begins in the town of Quimperlé where an open air pottery market has drawn several women dressed in traditional Brittany costumes. 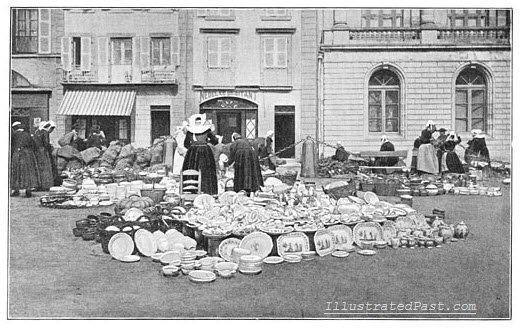 Arriving on a night of bright moonlight, one finds a peaceful, quiet town, which looks fantastic, with empty streets and winding alleys, facades, which overhangs and receding down houses. The bell tower of Saint-Michel rises above the houses of the upper town. The blue moonlight shines on the stone colossus. 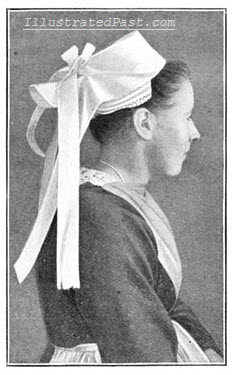 All sleep the sleep of small towns that sleep;  sleep really is the death of mankind. No step on the pavement of the streets, no noise of a carriage, not even the whistle of a train. All is silent, not like the nights of the great Paris, whose hollow ground rings with the noise from the the tubes and pipes of various services, the sound of all that is in motion.

Here two women from Brittany wait outside a mourning chamber, where the body of a deceased lies.  Their expressions and creepy hoods would scare the crap out of me! 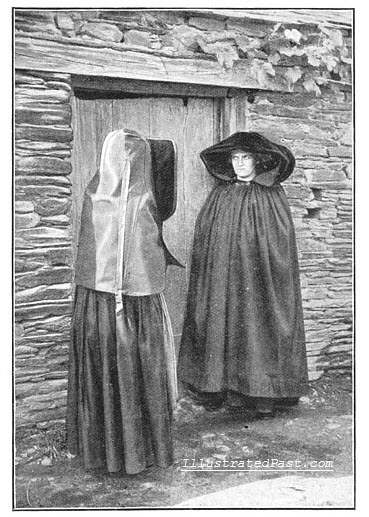 Below a trio of young women from Pont Avon in Brittany chat next to a doorway. They are wearing their peculiar traditional dresses that features wing like shoulder adornments. The girls of Brittany liked to make themselves look pretty and had a well -deserved reputation for flirting and coquetry. 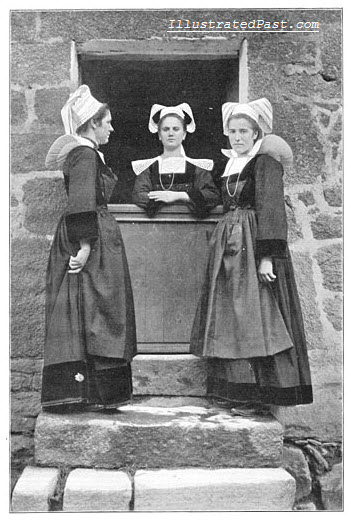 Brittany has always depended on the sea, and many men and women worked in the fisheries. Here woman are setting sardines out to dry. 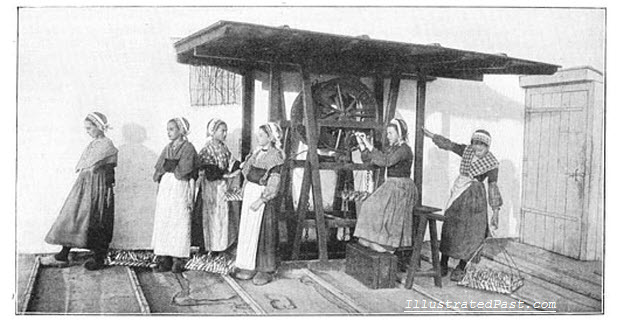 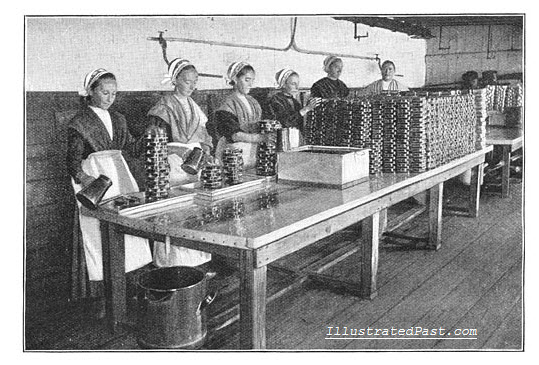 Filling the cans of sardines. Note the lack of any automation. 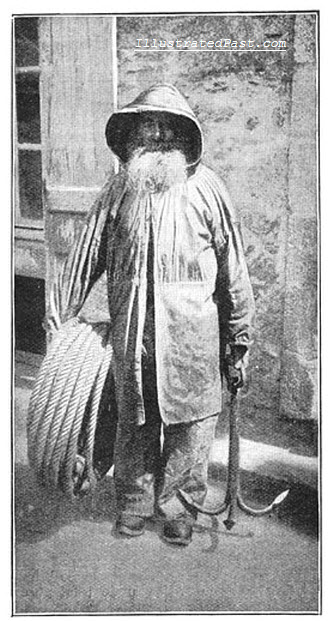 So now it is time to say goodbye to the grizzled old fishermen, and the pretty country girls of Brittany.