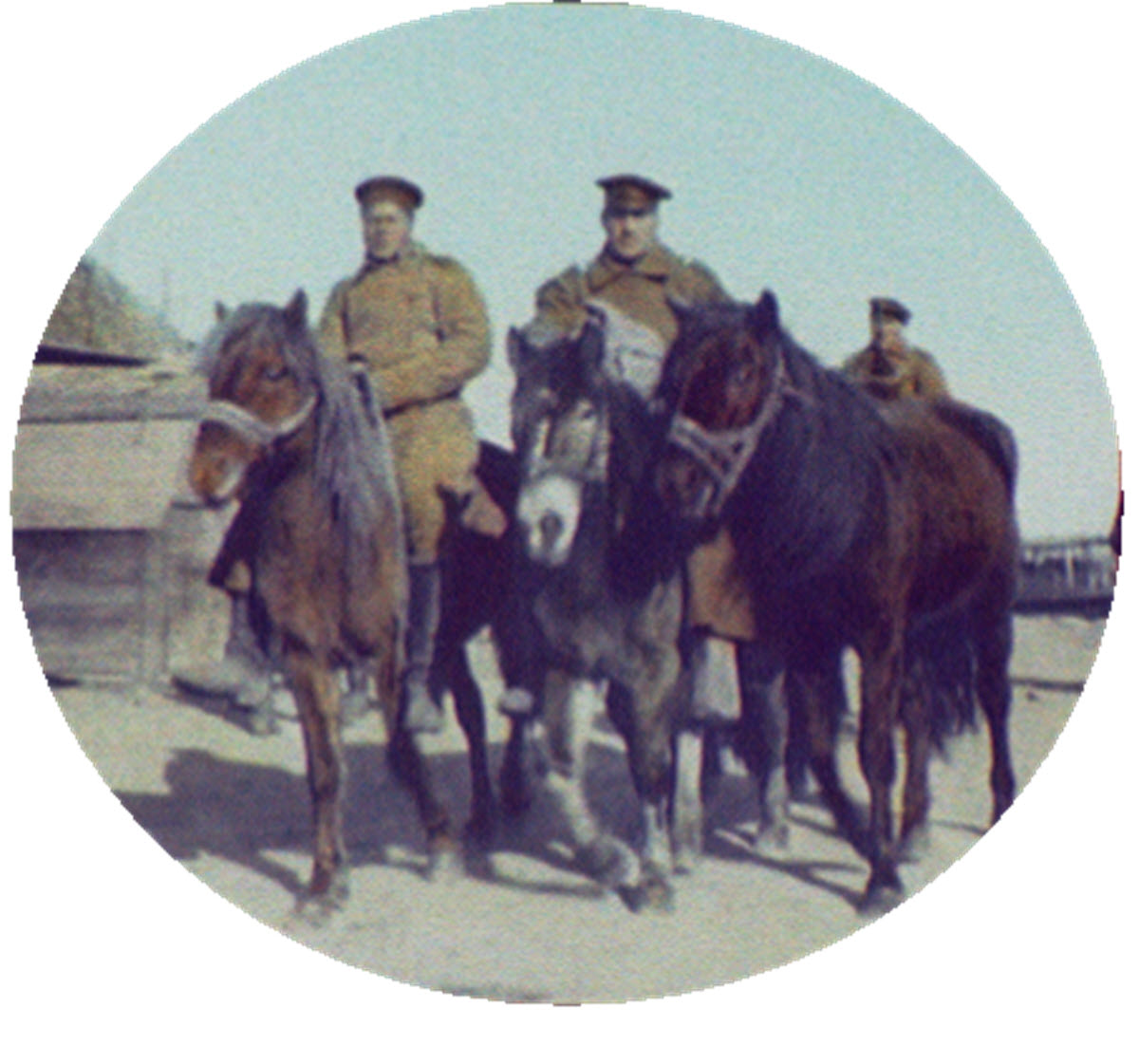 The Cossacks were a seminomadic people living in quasi military communities on the Russian and Ukrainian Steppes. During the Russian Empire, they provided strong and effective cavalry contingents and so the term Cossack also came to refer to mounted troops made up of cavalry levied from this ethnic group. They were noted as ferocious and fearsome fighters.

After the Russian Communist revolution many thousands of Cossacks fought on the side of the White Russians against the Soviets and later went into exile. In World War 2, the many Cossacks allied themselves with the Germans, hoping to win independence after the war. When Germany surrendered, about 25,000 Cossacks who had fought for the Germans were repatriated to Russia by the western Allies, against the Cossacks’ will, where they were imprisoned in Gulags for lengthy periods or executed. This episode is known as the Great Betrayal.

In this hand tinted vintage photo from December 1895, shows three Cossack cavalrymen and their ponies near Khabarovsk, Russia. The photograph was taken by William Henry Jackson (1843-1942) and then hand tinted to create a colored lantern slide. This primitive version of a slide show projector allowed the photo to be projected onto a screen; it was a popular technological innovation of the late Victorian era, and was often used to depict scenes from far away places and countries ranging from local peoples to interesting architecture and historical sites. In the days before television and air travel, such lantern slides were the only way for most people to glimpse people and places in the far corners of the earth.

The photographer, William Henry Jackson (April 4, 1843 – June 30, 1942) was an American explorer and photographer, noted for his pictures of the American West. In his long career Jackson produced over 80,000 photographs of the Old American West. His photos of Yellowstone were instrumental in convincing Congress to preserve its natural beauty by making it the first national park.

From 1894 to 1896 Jackson toured the world as the official photographer for the World’s Transportation Commission, taking hundreds of notable photos of life in exotic places. We will be featuring many of his photos on this site in future installments.

Before Disaster Struck: Just Before the San Francisco Earthquake

What is a Cigar Store Indian? The cigar store Indian is a form of iconic…
illustrob