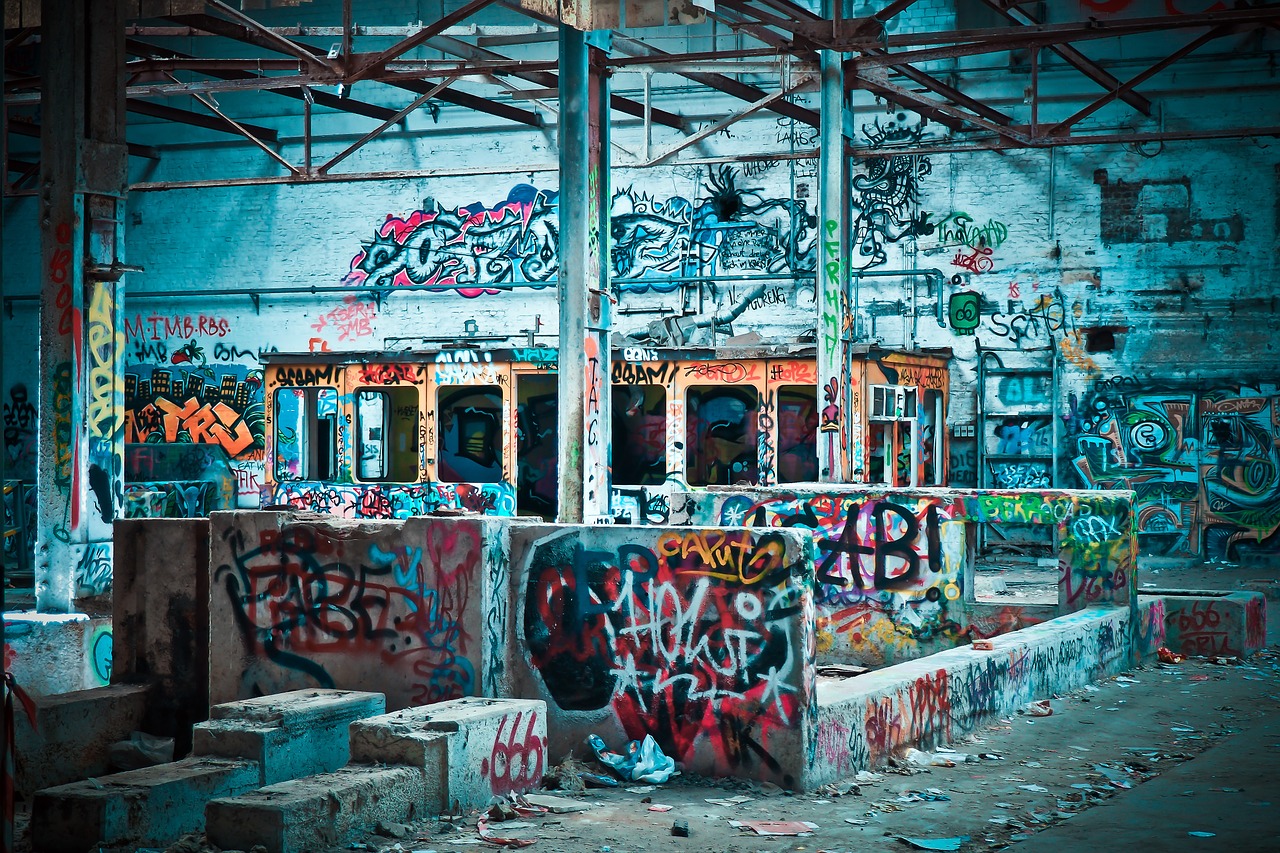 Fun With Urban Decay – New York in the Eighties

A short video of an outing to Coney Island, riding the subway and elevated train from Union Square to Coney Island on June 20, 1987. This rare video camera footage is a time machine back to the dystopian New York of the 1980s.

Graffiti and street tags covers every inch of the train car. It looks like the authorities have just given up. A man sleeps on one of the benches. One of the kids in the video looks scared and bewildered by these scenes of urban squalor, but her mother and friends seem nonplussed. The woman in the red dress applies her makeup, even as the train crosses over scenes of apocalyptic urban blight. There is a certain metaphor there.

Who’s in the Video?

The people in the video are identified as Nelson Sullivan (who made the film), Liz Lizard and her kids, Michael Musto and Albert Crudo.

John Nelson Sullivan (March 15, 1948 – July 4, 1989) was an American videographer known for filming people and events in a naturalistic style at Manhattan’s clubs and art scenes. He filmed constantly and whatever interested him using an 8mm film camera as well as a cheap VHS recorder. He filmed over 1900 hours of video, chronicling all aspects of New York life and society, including LGBT people. His videos are an invaluable trove of archival footage and a look at an exciting and vibrant era. Sullivan unfortunately died prematurely at the age of 41 from a heart attack. His videos have been digitized and uploaded to a Youtube channel called 5ninthavenueproject by New York University’s 5 Ninth Avenue Project.

Michael Musto is a well known writer for the Village Voice. Albert Crudo is a New York artist. Liz Lizard is a photographer.

Liz Lizard is a photographer.

What Can We Learn From This?

Images and videos like this remind us that things were not always better in the past. Nostalgia for our younger days often makes us gloss over or even forget the bad parts. As someone who came of age in the 1980s, this era holds a special place in my heart and my memory. I tend to remember only the good parts, the excitement of discovering MTV, the new music and fashions, the new technology like video games and walkmen. But there was a worse side to the 1980s, especially in big cities, which make many of our present day problems seem trivial. This video is a stark reminder of how easily we can forget what happened, and also how people adapt to dystopian and unacceptable situations, going on with their lives amid squalor and decay. It is a dangerous indifference.