By Victor DoppeltJanuary 30, 2010No Comments

The invention of the motion picture camera and projector soon led to the growth of a new industry: the movie industry. Early films were entirely silent and relied on visual depictions and sometimes printed text to tell the story; dialogue could not be reproduced because the first movie cameras and projectors were not capable of synchronizing sound recordings with the moving images.  Movie theater owners often hired pianists and other musicians to play the screen’s music score live so as to add dramatic effect to key scenes. Many silent movies were published with music scores which would then be played the by the house musicians of the local movie theater.

Despite the primitive quality of the early films, their novelty captivated the American public and the world.  Movies led to a common culture of fashion and behaviour across the United States as fans in different cities watched their favorite screen idols and then emulated their style of dress, makeup and mannerisms.

Although these silent movies were primitive by today’s standards, they nevertheless pioneered many movie making techniques which are still used today, including the use of camera angles and camera movement.

The photographs that follow offer a glimpse into  the early movie studios was set up, and the techniques used by the actors and pioneer film makers. 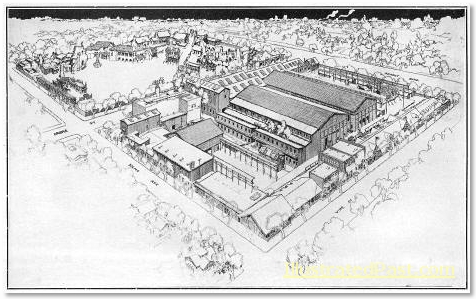 The Lasky Studio of the Famous Players-Lasky Corporation, Hollywood, California 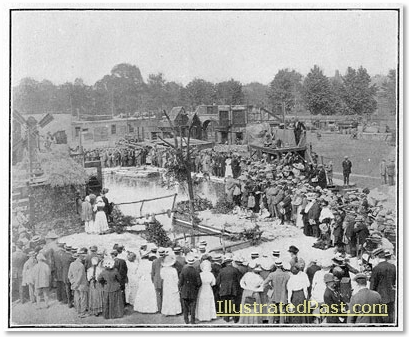 A movie scene being filmed in the open. The cameras and lights are mounted on a platform on the right of the picture. Note the large number of extras. 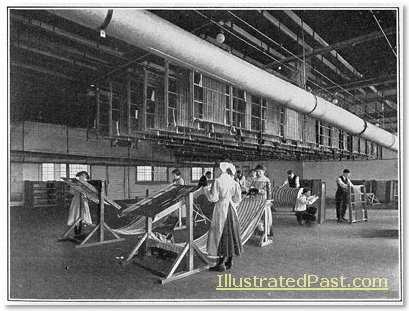 The picture above shows workers feeding the newly printed copies of the film, which literally consisted of thousands of still photos arranged in sequence on a large roll of film, through equipment designed to dry the film so that it could be made ready for shipment and use in the movie projectors. 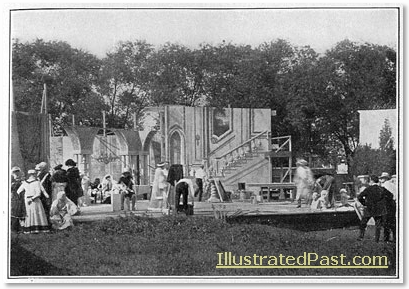 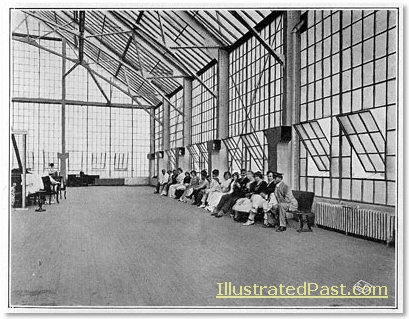 Movie Actors Waiting on Set to Go On Stage 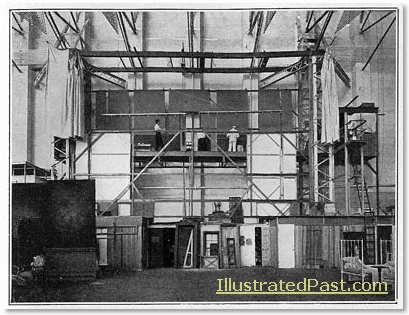 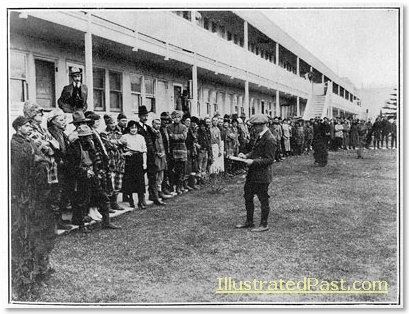 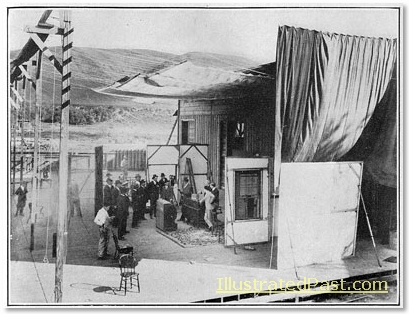 Filiming a Movie on a Sound Stage 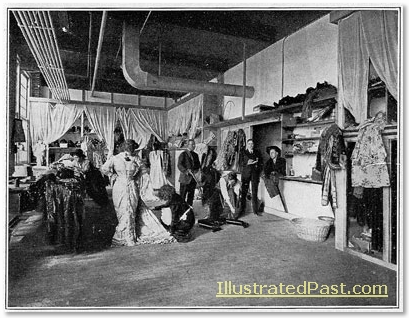 Wardrobe Room in a Movie Studio 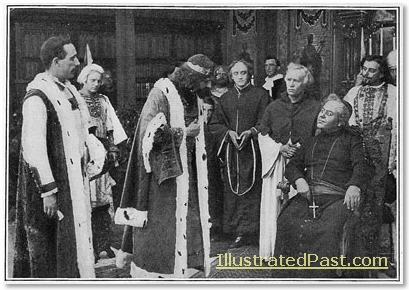 Many of the first movies were based on historical incidents or characters. This made it easier for the studio writers to churn out movies quickly since the plot did not have to be created from scratch. 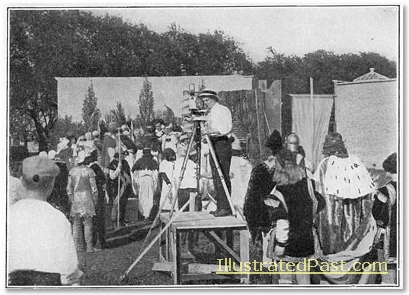 This picture depicts the same scene as above but viewed from a different angle. Here you can see the camera men and other technicians. 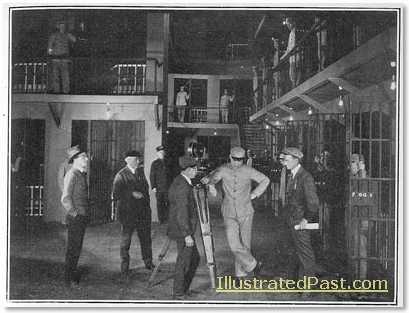 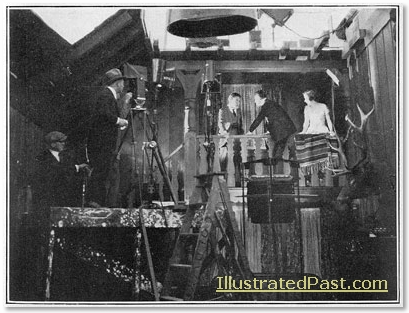 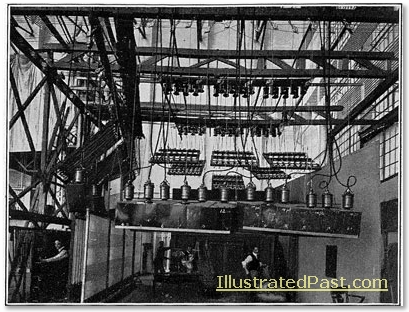 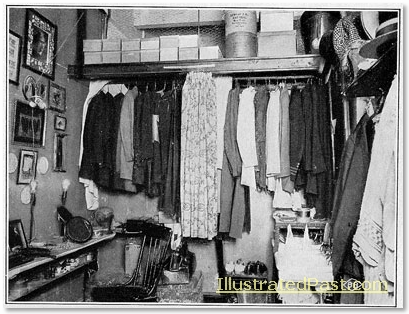 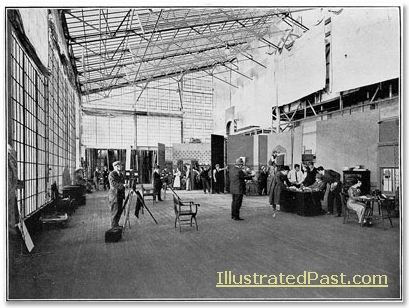 Preparing to Shoot a Scene

Although a lot has changed since these early silent movies, it is interesting to see that a lot is still recognizable. In fact, many of the film making techniques developed at the beginning of the 20th century are still in use today.