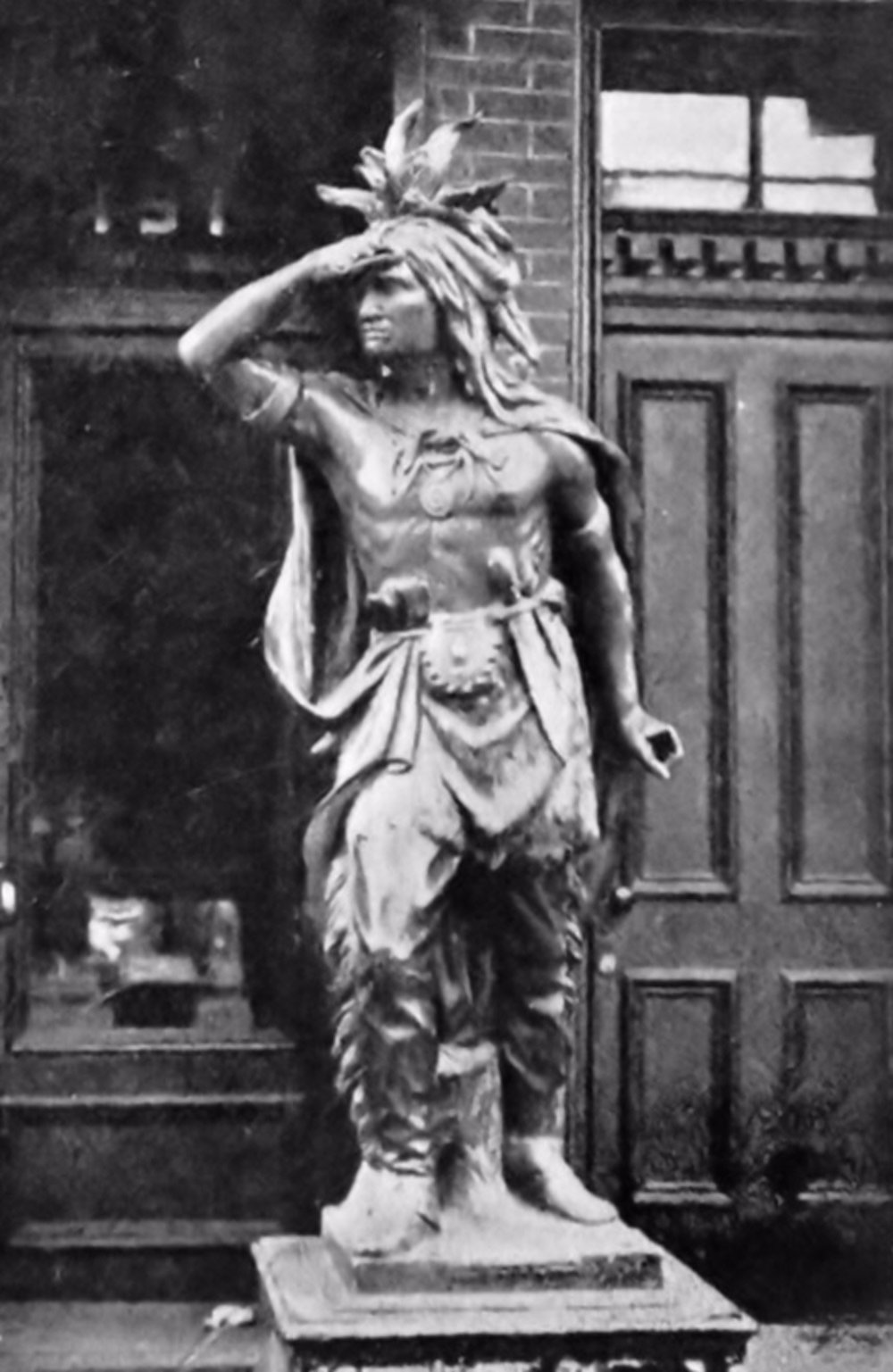 What is a Cigar Store Indian?

The cigar store Indian is a form of iconic advertising art consisting of a stylized rendition of a Native American, usually wearing a war bonnet or feathered headdress. From the mid 1800s until around the start of World War 1, these wooden sculptures stood on guard outside of shops throughout the United States, declaring that there were cigars and tobacco for sale inside.

Today, cigar store Indians (also called wooden Indians) have fallen out of favor and are seen by many, especially Native Americans, as stereotypical caricatures. Nevertheless we can still admire the artistry that went into carving these pieces of American folk art by hand.

Traditionally. cigar store Indians were hand carved from white pine and so no two pieces are identical. However, there are certain recurring themes. The men were depicted as muscular warriors wearing a feathered war bonnet. Female cigar store Indians wear often buxom. Depending on the quality of the craftsmanship and condition, an antique cigar store Indian now sometimes sell for hundreds of thousands of dollars.

The practice of placing wooden Indians in front of tobacconist shops actually originated in England, prior to the American revolution. European colonists and explorers had noted the Native practice of smoking tobacco, and had imported the custom to England. As a result, the Native American became associated with tobacco and, by extension, with cigars. The symbol became firmly associated with cigar shops when the British government passed a law forbidding overhead signs, which had proved to be a dangerous menace to passersby. To circumvent this prohibition, and still draw attention to their establishment, the shop keepers started putting colorful wooden statues of American Indians in front of their stores. The practice spread to America and eventually became even more widespread than in England.

Eventually the cigar store Indian was so prevalent that it no longer drew attention, so shop keepers turned to other subjects including baseball players, police officers, and various figures from Greek and Roman mythology. Although not as well known, these variants are in the same tradition of advertising art.

Below is a collection of vintage photos showing traditional cigar store Indians and other figures standing outside of shops in New York City in the early 1900s. The picture quality is not great, due to the limitation of cameras at the time and also because they were scanned from an old book by Kate Sanborn published in 1911. However the photos are still of interest, not only because they are in many cases the only trace left of these beautiful pieces of folkloric art, but also because you can often see the shop window and the signage in the background, giving us an amazing glimpse at a different era and world.

Next, other types of carved advertising statues and figures.