By Jerry MooreJanuary 20, 2015No Comments 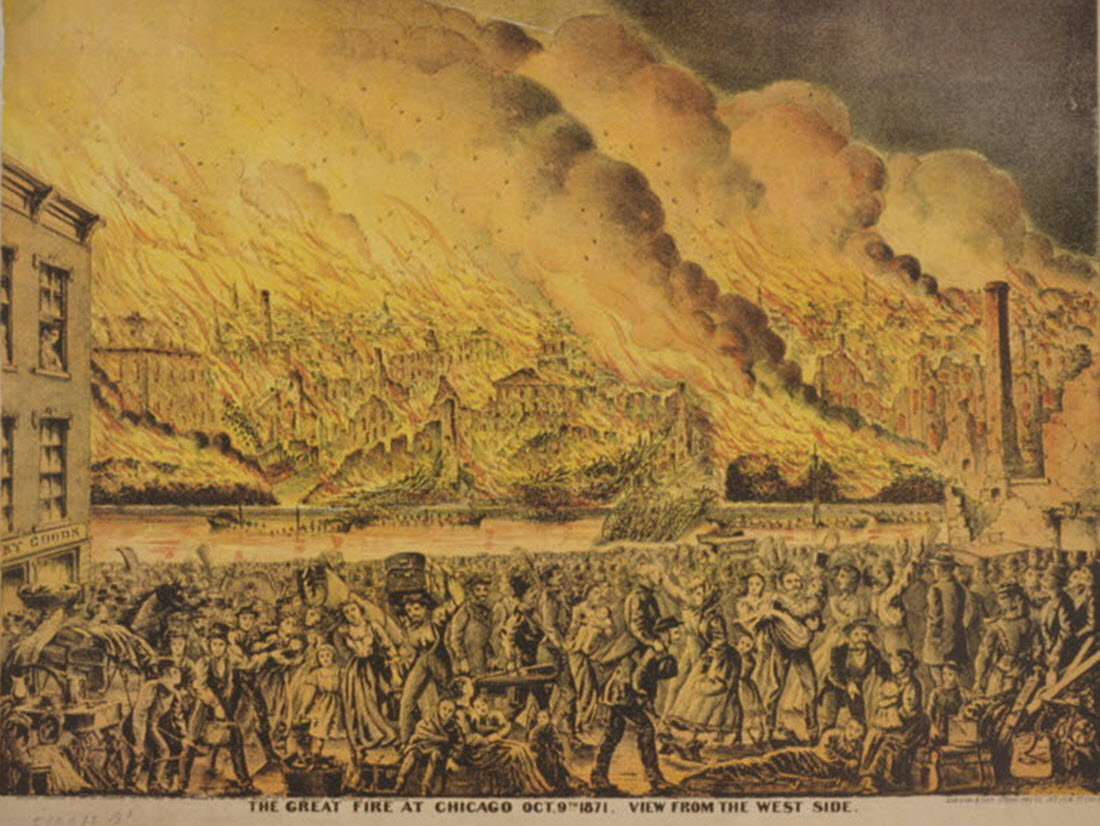 Illustration of the fire that destroyed most of Chicago in 1871.

The Great Chicago Fire destroyed most of the Chicago in the space of just under 3 days. It started some time on Sunday October 8, 1871 and raged until early Tuesday, October 10, 1871. An ill prepared response to the fire allowed it to consume nearly 3.3 square miles of the city, killed over 300 people and rendered over 100,000 people homeless. The Chicago fire remains one of the single worst disasters in American history. 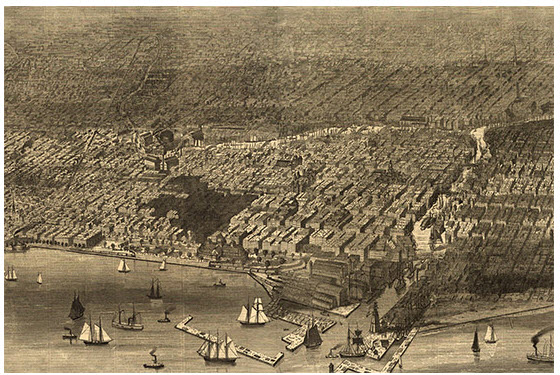 After the Great Chicago Fire: Drawing Showing the Area that Was Destroyed

According to popular history the fire was caused when Mrs. O’Leary’s cow kicked over a lantern and set fire to the barn. In those days it was not unusual for cities to have a blend of agricultural and residential neighborhoods within their boundaries, and Chicago was no different, so it is not implausible that a cow might have been the culprit. However, a reporter later admitted that he had made the story up. In addition, pinning responsibility on a woman with an obviously Irish, and therefore Catholic, last name played into public mistrust and xenophobia against Irish Catholics. 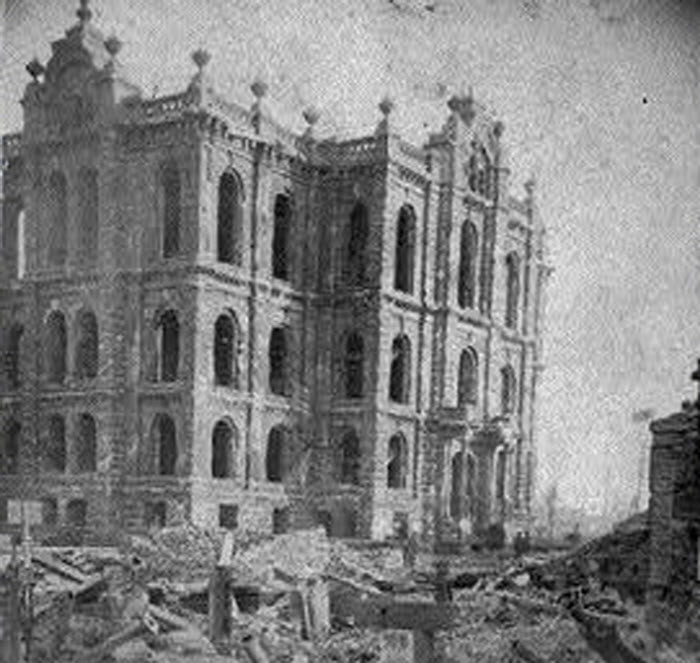 Aftermath of the Chicago Fire: The Ruins of the Court House

In fact, while one fire did start in a shed near Mrs. O’Leary’s barn, several other fires started throughout the city at the same time. Interestingly, other great fires erupted in the region at the same time, leading some to speculate that the Great Chicago Fire was caused by a meteor shower or fragments from a comet that passed the earth’s orbit at the time. 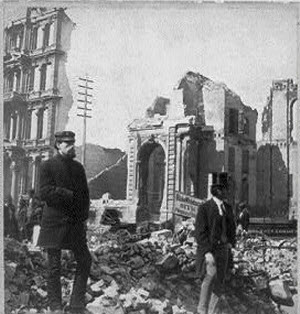 Two Men In Front of the Ruins of Chicago. The man on the right is wearing a top hat and tuxedo jacket but no pants. I am sure there is an interesting story behind this.

Whatever the cause, the fire spread quickly. Most buildings were made of wood and were covered in flammable tar paper, as embers were carried by the wind and air currents generated by the growing fire, they quickly ignited neighboring buildings . Even the sidewalks helped spread the flames as they were made of wood. The small fire department was quickly overwhelmed and the center of one of the largest and most economically important cities in the United State was razed.