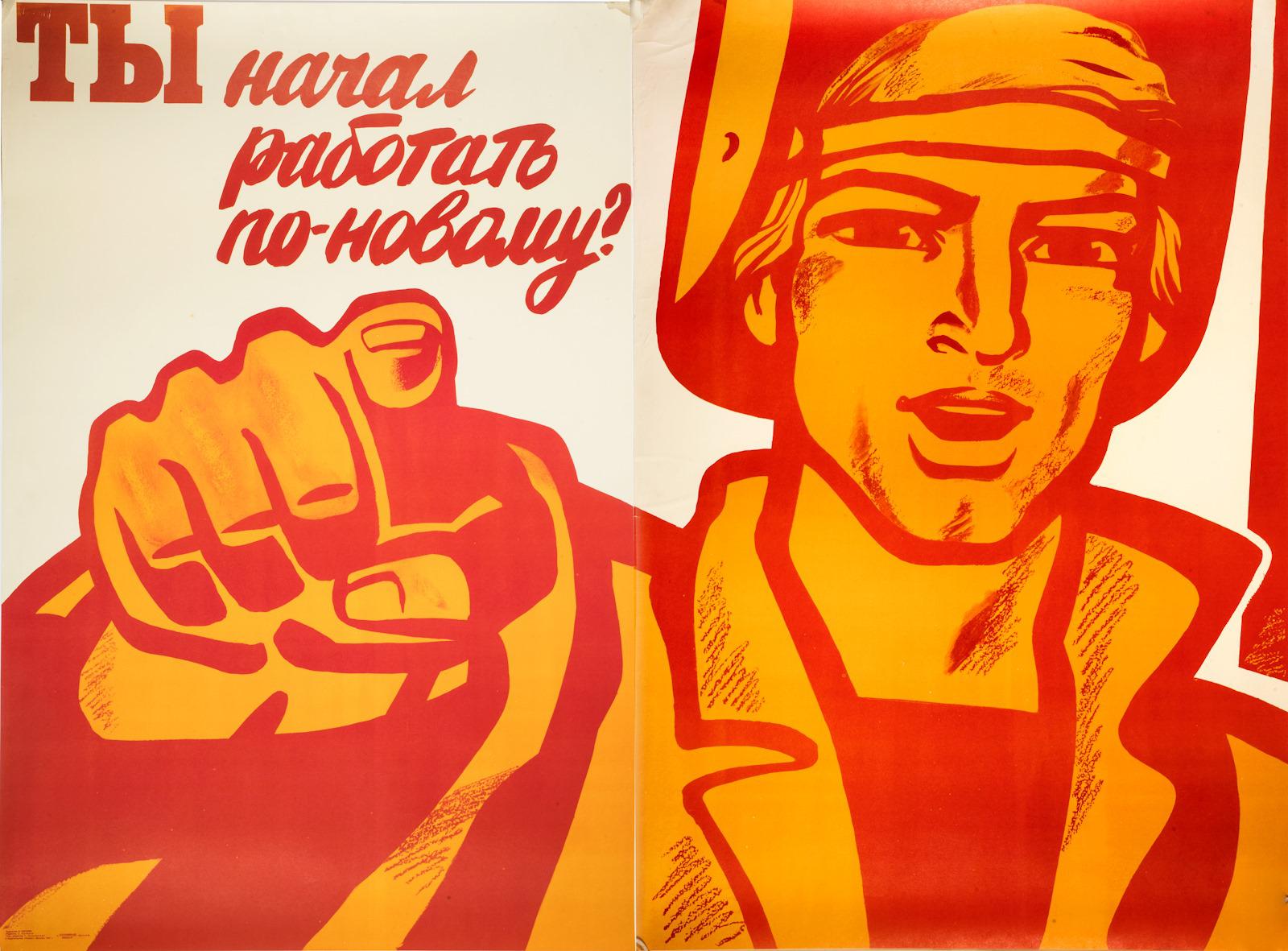 Communism is an evil doctrine that has been responsible for the death of millions. Wherever it has been tried, Communism has delivered misery, bread lines, political oppression and religious repression. Children have been indoctrinated to inform on their parents, neighbors to spy on and denounce their neighbors. The classless society has invariably produced a class of privileged apparatchiks exploiting the proletariat even worse than the capitalists they had replaced.

Even though Communist dictatorships may not have been able to produce food or consumer goods, they were good at producing propaganda posters. After all, the ruling politburo was in the business of staying in power, and so while it might not care that the common people had to line up for bread for hours, or that you had to wait years to get a telephone installed, it always made sure that the printing presses churned out a steady supply of propaganda posters.

Here we take a tour through the alternate reality of a prosperous and progressive communist Russia, a utopia on earth, as depicted in these selected posters. In later installments we will include collections of Soviet propaganda posters depicting the country’s success in the Space Race, as well as separate articles on North Korean propaganda which makes the most ham fisted Soviet posters look subtle and intellectual by comparison.

“The propaganda of communism possesses a language which every people can understand. Its elements are simply hunger, envy, death.”

If it’s a culture war, let’s have some propaganda posters! https://t.co/su5bCaPXxZ